BSC celebrates yet another success! Raiffeisenbank’s online banking is the best in the SME category in Central and Eastern Europe

A leader in the field of banking software development, Banking Software Company (BSC), has claimed its share of another valuable victory. At the SME Banking Club’s international conference, Raiffeisenbank ČR, which uses solutions from BSC, won the award for Best Online Banking for SME’s in the Central and Eastern European region. 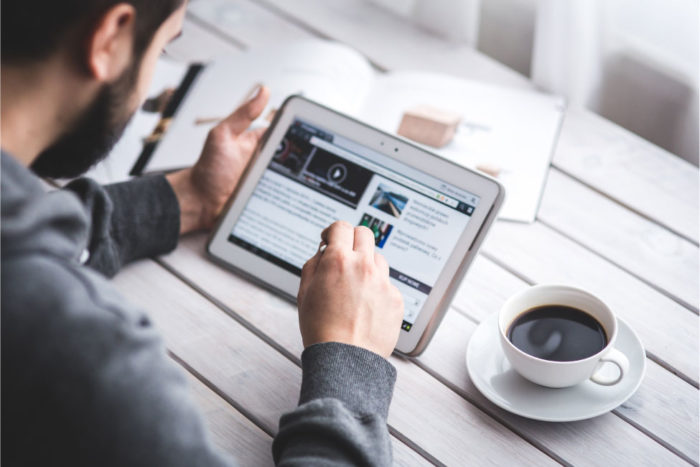 The 17th annual conference took place at the end of November in Krakow, Poland. The event, which included a series of lectures and panel discussions, culminated in the presentation of the prestigious CEE SME Banking Awards 2021. Raiffeisenbank Czech Republic succeeded against strong competition from Central and Eastern European banks with its online banking for SMEs. An expert jury compared over 90 features to determine the winner. They were interested in the setup and personalisation of the homepage, whether the banking system allows you to open an account completely online and also took into account the availability of fully digital onboarding processes and how well they functioned.

“Thank you, SME Banking Club, for this prestigious award. A big thank you to our colleagues too, as this is their win as well. We have the perfect cocktail for success, which is savvy experts in their field with a clear and strong strategy. I am looking forward to the next challenges that await us,” said Jaroslav Kravčenko, Corporate Product Manager of Raiffeisenbank ČR, when accepting the award.

For Raiffeisenbank, winning this category is extremely satisfying and also a confirmation that the path it embarked on six years ago was the right one. At that time, they were in a difficult situation, when a major implementation of a new core banking solution had failed. They were struggling not only with two core banking solutions, but also with outdated internet and mobile banking. So they turned to BSC and that’s how their collaboration began. “We’ve come a long way together since then. Raiffeisenbank relied on our omni-channel solution and the new platform significantly accelerated the implementation of new functionalities without any reduction in the quality or performance of client applications,” noted Petr Koutný, CEO of BSC, adding, “The change came quickly. We are always very pleased and proud of every success that Raiffeisenbank has.”

The award from the SME Banking Club, founded by Andrey Gidulyan in 2010 to provide information on the offerings of national, regional and local banks for micro, small and medium-sized enterprises, is just the latest in a series. Raiffeisenbank also boasts five titles for being the Czech Republic’s Most User-friendly Bank of the Year.